I have been unusually quiet when it comes to recent events in the news. Not due to lack of knowledge or an opinion. So many have so poignantly said what I felt that the words I thought of didn’t seem to compare. I’ve liked, shared, retweeted, favorited and reflected.

From the senseless murder of Mike Brown – an unarmed African American male  in Ferguson, Missouri – to the death of Robin Williams bringing talks of suicide and depression to every day conversation.

My heart hurts. For so many reasons. Both of these tragedies – while seemingly so unrelated have something in common.

African-American men are continuously targeted. I fear for my sons. I am terrified that their eagerness and energy may one day be squashed by someone put into an authoritative role and allowed to carry a weapon. I am afraid that rather than getting to know the wonderfully kind, nurturing, intelligent boys they are they will be pre-judged and misjudged. I am angry that they have to try harder, do more and be better because of the pigmentation of their skin. It frustrates me that my oldest son who is shorter than most of his peers is often pitied because he does not have the height to play basketball and my youngest son who is six years younger and only a few inches shorter than his big brother is continuously having a ball shoved his way. 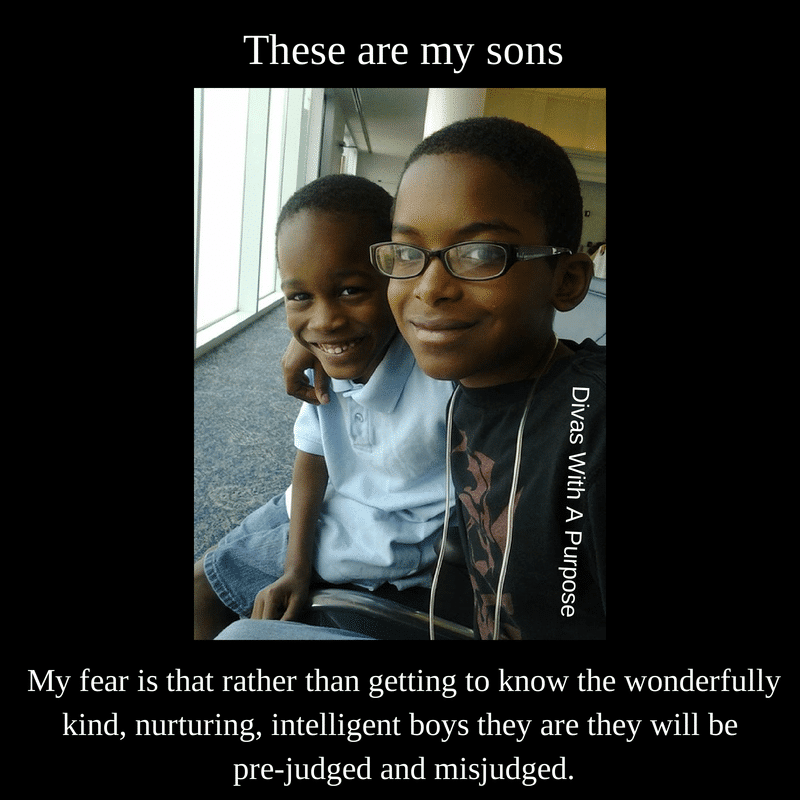 People are hurting. They are unable to reach out to others because too often they have been ignored, dismissed or misunderstood. They’re happiness is taken for granted because they have learned to put on a happy face – to appear okay and adjusted because honestly who wants to be around a “Debbie Downer”? They are tired of being told to shake it off, suck it up and move on. So they smile and press through their days. Or they shut themselves off from loved ones and no one minds because out of sight of mind. Until it’s too late. And the questions and second guesses come.

Depression is real. It is a chemical inbalance. Alcohol and drugs may be used to self-medicate but they will not and do not heal. They may help to mask the true problems and issues at hand. Just like any other disease, people who are depressed need support, love, and professional help. Prayers help and as someone who loves the Lord I know without a shadow of a doubt that He gave us all common sense and the medical professionals who are trained to help – medical doctors, psychiatrists, therapists, psychologists.

I am at a loss. I don’t know what can be done. It hurts that I have to educate my sons on how to not come across as a threat. How to not come across as overly aggressive or the stereotypical angry black man. They can’t assume that just because someone has sworn to protect and serve that they aren’t harboring their own prejudices and misconceptions that may skew their judgement. I want them to thrive. I want them to excel. But will it all one day be tossed aside because they are in the wrong place at the wrong time? 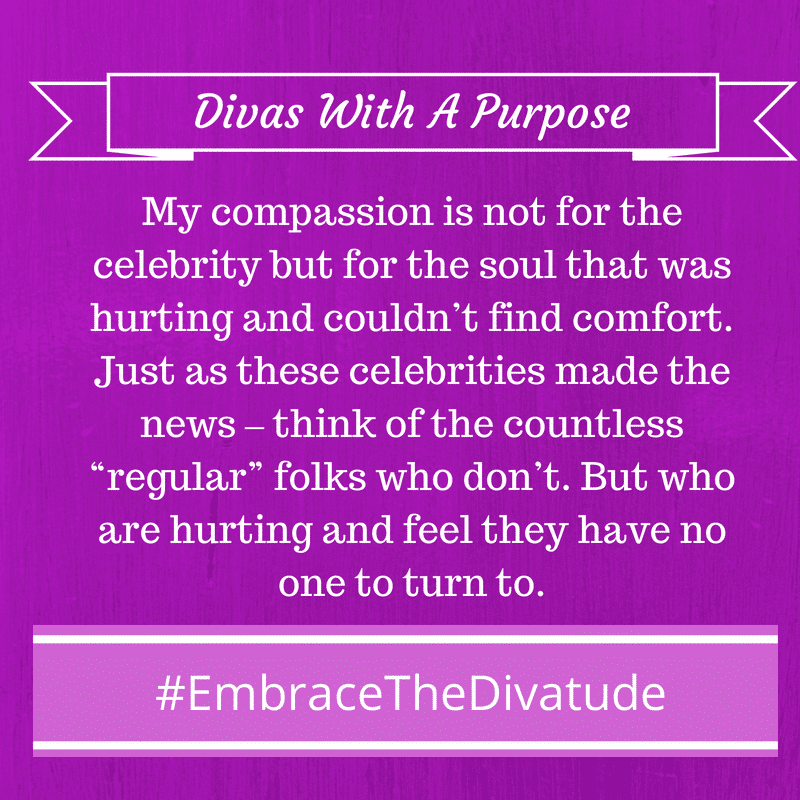 Alexander McQueen. Ernest Hemingway. Freddie Prinze. Tony Scott. Shakir Stewart. Brad Delp. Andrew Koenig. Robin Williams. I’ve seen it stated that people are tired of “celebrities who have it all” killing themselves. That they couldn’t understand why. That boggles my mind. My compassion is not for the celebrity but for the soul that was hurting and couldn’t find comfort. Just as these celebrities made the news – think of the countless “regular” folks who don’t. But who are hurting and feel they have no one to turn to.

Be a friend. Reach out. Recognize the signs and encourage them to get help. Yes – be a snitch if you have to and it means that someone may live to see one more day. Be a pest. Let them know they are loved. They are appreciated. They are wanted.

I liked this post because it discussed two topics on my mind these days - the safety of young black men and depression. You added to the discussion and may have helped some people.

I hope so, Janeane! I truly hope so. Both are issues that are near and dear to my heart and this past week has been very emotional and frustrating. Thanks, as always, for chiming in!