How many people love rules?

But the thing is, if you’re serious about home organization, then there are some specific rules you’ll want to follow.

You’ll see how much easier organization will be by taking the following simple steps. How do I know? Because this is an area that I’ve struggled in for YEARS and as I’ve simplified my life and really honed in on being more organized, these 3 simple rules have been lifesavers! 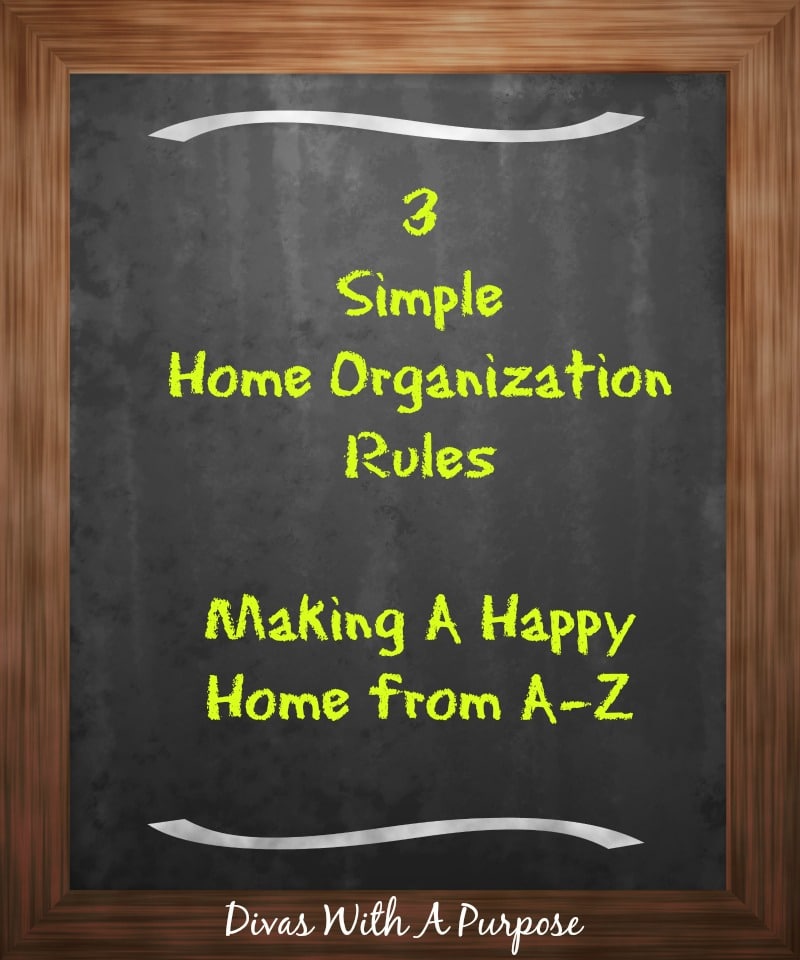 This is a form of procrastination and it causes piles because something is being put off until later. It could be a little laziness, but more often it’s due to lack of time.

The thing is, this rule will save you time.

For everything you put off until later, you’re touching it twice when it should be just once. You (or someone you live with) is procrastinating and putting things off until later.

To save a couple of seconds today, you’re wasting five minutes tomorrow.

You come home, throw the shirt on the bed because you’re going to hang it up or throw it in the laundry basket later.

Or you shove it on a shelf in the closet and will hang it later.

This is two steps when it should be one. Common sense? Of course.

But few practice this simple rule of home organizing.

The mail coming in the house should be dealt with immediately – not added to a pile where you touch it more than once for no reason at all other than procrastination. 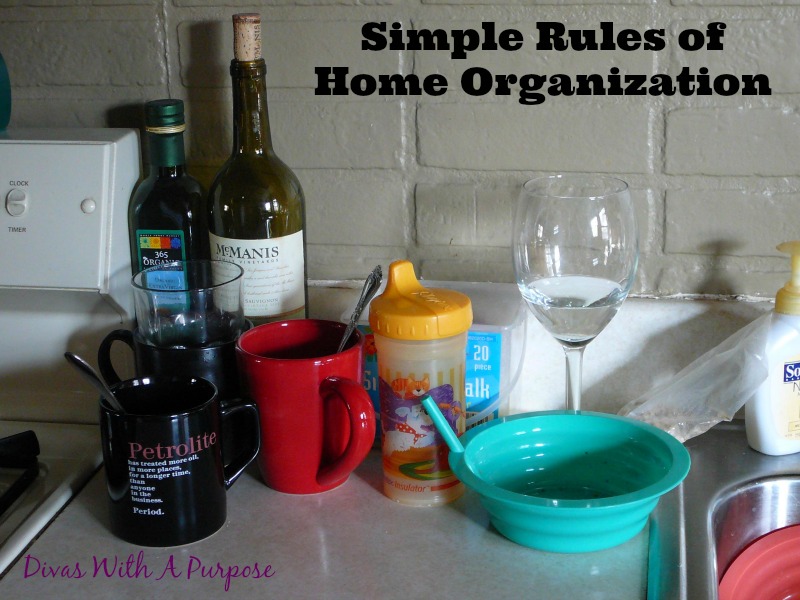 Keep things together that belong together.

Sweaters with sweaters. Shirts with shirts. One shelf for snacks and a shelf for cans.

Take a look around a fancy clothing store.

They’re designed to help you (the customer) find exactly what you need.

Wouldn’t it be nice to find whatever it is you’re looking for in a matter of seconds?

Same goes for a grocery store. If these shelves weren’t organized, these stores would go broke because nobody would be able to find a thing.

Organize ONLY one space at a time.
(This is my biggest struggle!)

Work on one small space at a time in set increments and try and do it every single day. It might only be for fifteen or twenty minutes, but the key is to get something organized everyday and make it consistent.

If you try and tackle too much at once, you won’t get done because of an already hectic schedule. Incomplete tasks are discouraging and you might just give up.

The smaller the task, the easier to complete

And the better you’ll feel.

Often organizing something as small as a junk drawer or even your wallet can give you the boost in motivation to “step it up” into a bigger project.

If you have to do the junk drawer over a two day period, big deal?

Take two days to do it.

Getting it done is the key.

One small step at a time. 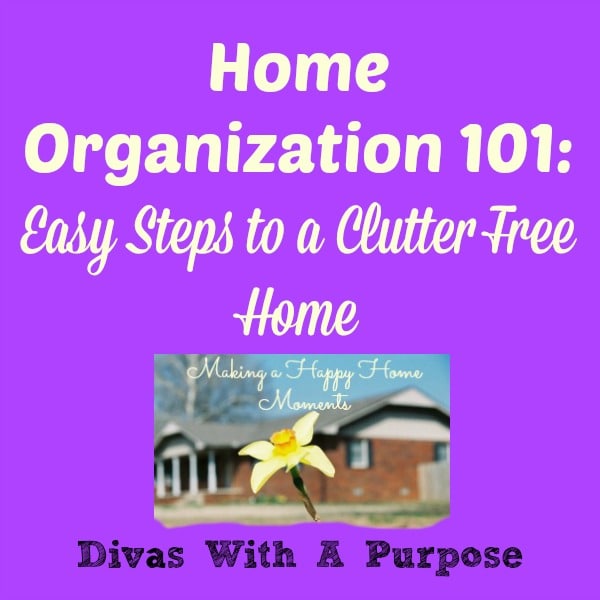 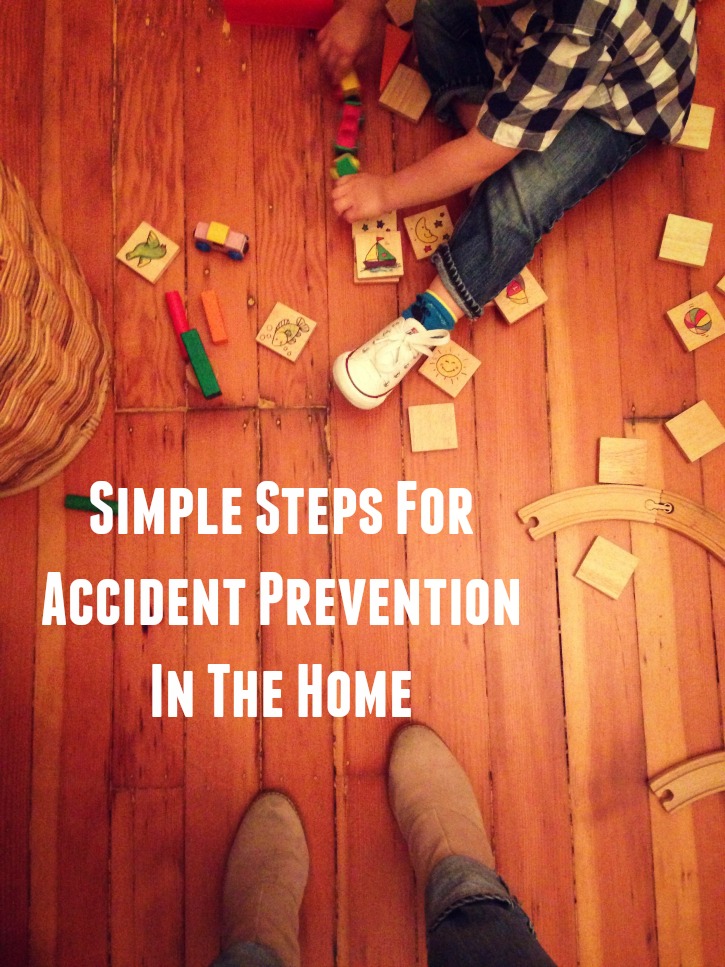 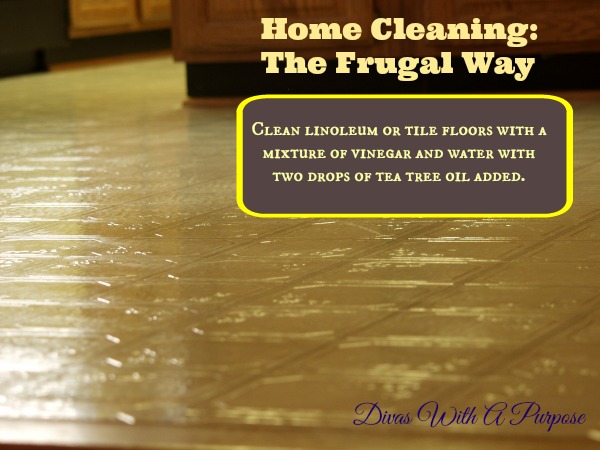