Today’s guest post is written by Alice Hayes, the author of The Thread The Binds. I had an opportunity to review her novel through iRead Book Tours.

It was August 2013. We still had several weeks left of a sweltering Georgia summer, and it had been a hell of a year. In February, my husband made me cut all ties with my family overseas. In May, I lost my grandmother. In July, my daughter turned one; but the celebrations were marred by my husband’s infidelity. In August, I finally told him it was over.

I stopped to take a look at my life and I did not like what I saw. I was the girl who had a concrete plan, which began with a little townhouse in a beautiful mountain town and ended with law school and a thriving literary career. Yet here I was, two years into my American dream, no closer to a Bachelor’s degree – let alone law school – with a few unfinished novels that I wanted to work on some day and a sinking feeling that none of these things would ever happen for me now that I was raising a child alone.

I thought about my daughter, and the statistics that were not on our side: the facts and figures that said that we were both doomed to a life of poverty and missed opportunities. Most of all, I mourned for the beautiful story that I had wanted to tell her, which was now shot to ribbons. The story of how her daddy and I met and fell in love and despite everything working against us, I came to Georgia to be with him and now here I am: a lawyer; a writer; a dream-chaser.
It took a while for me to realize that my story wasn’t over; that I could change its direction. The first step was school. I filled out a FAFSA, expecting my non-citizen status to immediately quash that dream. Instead, very soon, I was enrolled at an online college taking classes. I studied on my lunch break at work and while my daughter was asleep. Still, it wasn’t enough. I didn’t have everything.

In November, I took one of those unfinished novels and gave it a complete overhaul. That novel was The Thread That Binds, which came third place in World’s Best Story last year. Still, I wasn’t quite satisfied.

Related Article: The Thread That Binds by Alice Hayes

I took up running. At first, it was awful: I had gained 35lbs during my pregnancy, and it clung to me still, making every step agonizing. I gasped for breath as I struggled to complete even half a mile, and I thought about quitting. Then I thought of my baby girl. I knew I had to stick at it. My daughter deserved a mother who was a role model for all things healthy.

You see, I was driven – consumed, even – by one thought: that I wanted my daughter to believe in the power of her dreams. I did not want my story to end with “but then I divorced your father, and I just couldn’t go to school or keep an eye on my health or write; I was too busy. So, those dreams never came true”.

My life runs on a strict schedule. I rush home after work to squeeze in a run before my daughter’s daycare closes. My lunch break is homework time. My daughter entertains herself with a movie or a puzzle while I cook dinner, cleaning the kitchen or the living room as I go. After dinner and storytime, when she is in bed, I write; I study the Bible; I shower and I clean some more and eventually, I sleep.

It’s hard. It’s so, so hard; and sometimes when I’m running on little to no sleep and something comes along to disturb my careful schedule it feels as if my best-laid plans are caving in.

But then I think about the end goal. I picture my daughter in college, struggling with an assignment. I picture her running a track or navigating a balance beam. I picture her sitting with a notepad and pen, trying to write a short story. I picture her saying if my mother could do it, I can. 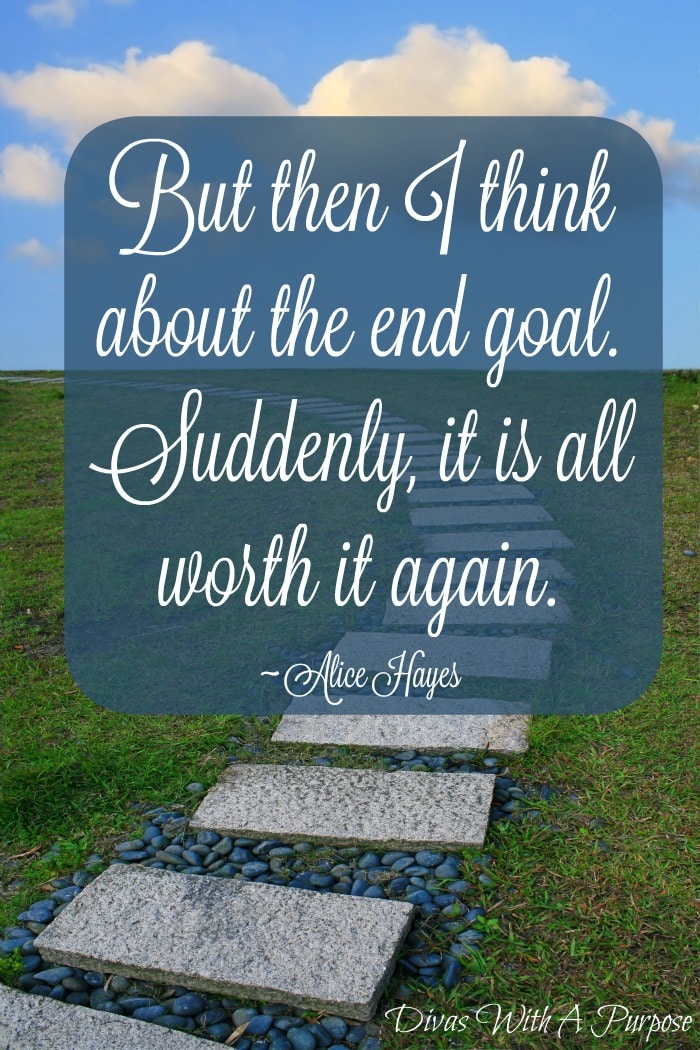 Suddenly, it is all worth it again.

I am Alice Hayes: I am a single mother; a writer; a runner; a student; an aspiring lawyer; and a big dreamer. I am a Diva with a Purpose.

Originally from Winchester, England, Alice’s plans to read law at a British university were disrupted when she fell deeply in love with Georgia, USA, while studying abroad. After moving all over Georgia, Alice has finally settled in Athens and has no plans to go anywhere else.

She is a single mother to a three-year-old girl and a 65 lb hound dog. She likes coffee, wine, and anything edible with the words ‘salted caramel’ in its description.

At the time of publication, Alice is a 24-year-old history student working full time in a law office, and writing fiction at every stolen moment. She hasn’t slept in approximately two years. Her first published novel, The Thread That Binds won third place in World’s Best Story contest.