“Readers of inspirational fiction will love this moving story that affirms the power of God’s mercy.” (Publisher’s Weekly)

The Alaska Territory, 1925: Thirteen-year-old Luke couldn’t be prouder of his father, whose heroic efforts have just saved thousands of lives. but his world turns upside down when dad abandons his family for a beautiful reporter from New York. Luke’s mother, Yura, vows to win back her husband and kill the woman who stole his heart, and she and Luke embark on an epic cross-country quest that will lead them to the Nevada desert, and to truths – and terrors – of which they’d never dreamed.

Reno, Nevada, 1930: Boxer David Gold, a Bible-school dropout who fights as the Pummelin’ Preacher, is nearing the end of his career and feeling hopelessly far from God. Then one day, a former call girl who hails from a railway stop called Las Vegas shows up at his door. She’s part of a rag-tag congregation whose pastor has been murdered; the killer is still at large, they haven’t a cent to pay David, but they need a fighting man to shepherd the tiny Church of the Heart Set Free. Her proposal seems sheer madness – after all, he’s not really a preacher, how can he possibly do these people any good? But the Spirit is at work; it’s already brought a mother and son from Alaska into his life, and now it’s telling him to say yes….

Las Vegas, 2011: Science Cable T.V. big-wig Tim Faber is an arrogant narcissist determined to prove that mankind has no need of God, while his producer, Joan Reed, is trying to regain the faith of her youth. They’ve come to Vegas to meet with 99-year-old Luke and David Gold’s grandson, Daniel, two men who hold the key to a mystery they must solve – and answers that will forever change their lives.

“Bold and forthright writing that would set any heart on fire.” (Christian blogger Miranda A. Uyeh)

After I graduated with a degree in music from Columbia University, a lust for expensive pianos drew me into an unexpected career in finance. It turned out that I had a knack for business; I gained much that the world had to offer and became a hedonist, a gambler who haunted the poker rooms of Las Vegas, and an arrogant atheist. I’ve written fiction for most of my life, and at one point I quit work to devote myself to writing a novel. During that time, my late first wife, Teri, and I lived in Paris, down the street from where Hemingway once lived, and later in the mountains of Idaho. But the novel was never published, for my soul had not yet awakened, and I did not yet have anything important to say. So I went back to the business world.

One day, when we were living in Dallas, Teri heard a radio interview with Francis Collins, an eminent scientist who wrote The Language of God, which tells the story of his journey from atheism to becoming a disciple of Christ. Collins’ book led us to the writings of C.S. Lewis and George MacDonald*, who became the midwives of our rebirth from above.

There’s no hiding from the Hound of Heaven, once He’s on your trail!

Several years later, Teri was diagnosed with ALS (Lou Gehrig’s Disease) and we left Dallas and the business world behind and moved to a small town in Alaska. There we looked out on the glory of God’s creation and read to our heart’s content during the last two years of her life. Faced with tragedy, we learned to trust utterly in Him, and He blessed us with the peace that surpasses all understanding.

It was after Teri’s death, while I was still living in the far north, that the idea for Hearts Set Free—which opens in the Alaska Territory in 1925—was born. People who know that the novel contains autobiographical elements (and several historical characters) sometimes ask me, “How much of the story is true?’ And I answer, “Perhaps twenty percent—and the rest is even more true!” What drives my writing is the desire to convey truths that transform lives. Truths of the heart.

In 2013, I met a wonderful woman—my current wife, Ling—and soon we began talking about having children. “Impossible!” said our doctors. “According to your test results, there’s no chance at all, even using the latest techniques.” Of course, within two months of that pronouncement, Ling was pregnant with little David, who just turned three, and we subsequently adopted Daniel, who’s now twelve.

After David’s birth, we moved to southwest Washington. I’m currently at work on a novel set in Las Vegas in 1955, and, when I’m not writing or chasing my sons around, can usually be found at the piano playing Chopin nocturnes for Ling.

Alison Maglaughlin is a narrator, blogger, artist, lover and learner of languages from rural USA. Her hobbies include skateboarding, traveling, collecting trinkets and calling home. She lives in Amsterdam with her sister and travel companion, Maciah. The two of them are having a silly goose time in a hostel somewhere.

I received this audiobook as part of my participation in a blog tour with Audiobookworm Promotions. The tour is being sponsored by Jess Lederman. The gifting of this audiobook did not affect my opinion of it. 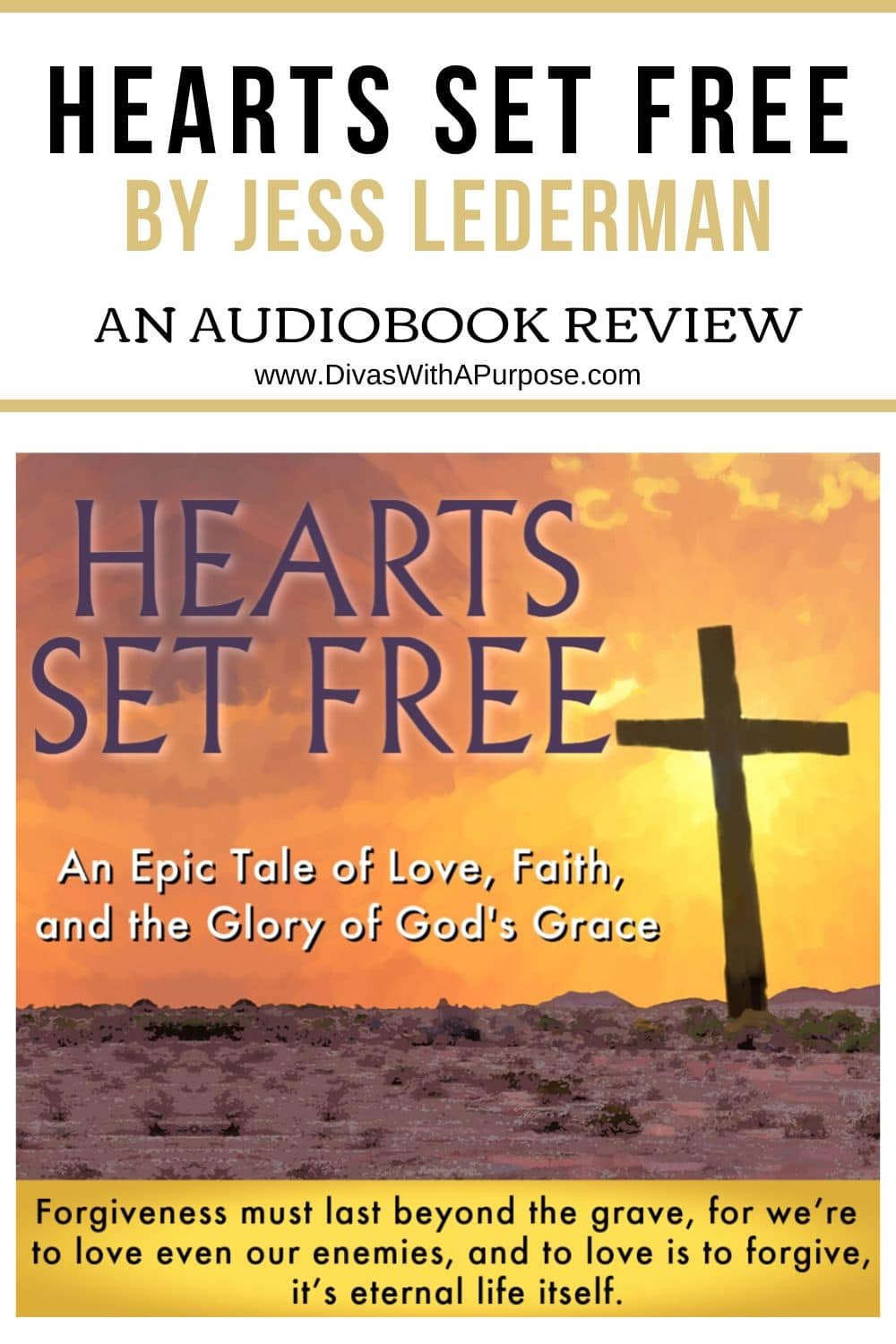 I needed this book right now. Listening to it over the last few weeks has taken me through so many emotions when it comes to the power and gift of forgiveness.

As soon as I read the synopsis, I was ready to engross myself into these characters’ lives. I was not disappointed. The story line does take a bit to get moving. I found myself zoning out a few times, but that changed as the storyline progressed.

A key theme in this story is how others come to know and accept God in unexpected ways. There’s healing, forgiveness, growth and closure that takes them to a place of realizing the power of His everlasting love and acceptance.

This is not a sugar-coated story of faith. There are difficult situations faced and serious questions of belief and faith when suffering. Addiction, violence, marital strife and more are addressed. There is also language and graphic descriptions that some may find offensive.

The visual descriptions of Alaska took my breath away. I have a dear friend that’s been working to convince me to visit for the last few years. Hearts Set Free definitely helped her case.

Plugging you into the audio community since 2016.