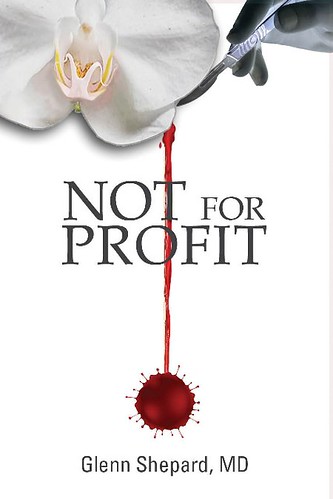 A prominent surgeon accused of murder and terrorism …

Not for Profit takes you on an action-packed thrill ride that will have you questioning suspects, motives, and outcomes until the very last page.

Renowned plastic surgeon Dr. Scott James is charged with murder after two bodies are found at his surgery center. Just weeks before the start of his capital murder trial, Dr. James is approached by a beautiful woman claiming she can help him gain information that would prove his innocence.

As James hunts down the evidence that might free him, he faces a barrage of threats to his life and liberty—and makes one chilling discovery after another: Corporate corruption. A conspiracy to frame him for murder and for terrorist acts. A secret drone-control operation that takes out targets in Afghanistan and Pakistan. The true identity and intent of his beautiful ally. And a plot to blow up the local hospital and surrounding community.

My Review of Not For Profit

Ever read a book that leaves you mentally exhausted? That’s how I felt after reading Not For Profit. I let out a big “whew!”. There were tons of twists, turns and surprises. The characters were not ones that gave you “warm fuzzies” at all. I’m bad about trying to figure the whos and whys when reading a book and this one kept me on the edge of my seat. It was easy to tell the author was knowledgeable of the events and procedures that he was writing about – the details and sequences were not just from second or third hand research.  Overall, this was a good read that took me out of my comfort zone.

Buy Not For Profit From… 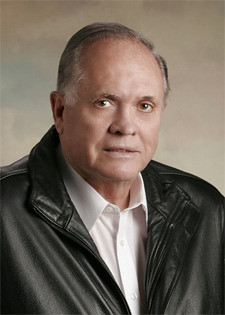 Dr. Glenn Shepard was raised on a farm in eastern Virginia. He attended the University of Virginia on an academic scholarship and majored in psychology. As an undergraduate, he lettered in wrestling for three years in a row. Then, he went on to become the only person in UVA history to letter in wrestling again in his sophomore year in medical school.

After completion of med school at UVA, he went to Vanderbilt where he completed his residency in general and cardiovascular surgery. He spent two years in the Army at the Ft. Gordon Army Hospital in Augusta, Georgia and The Second Surgical Hospital in An Khe, Vietnam. While in Vietnam, he wrote his first work of fiction, SURGE, which is on his back burner of works to dig out of the attic and publish, with major revisions, in the future.

For 28 years, he founded and directed The Peninsula Cranio-Facial deformities clinic that was staffed by volunteer medical, dental, social services, psychology, and speech pathology experts. The group treated over five hundred patients with cleft lips and palates, as well as a variety of deformities of the face and hand.

After the massive earthquake in Haiti in January, 2010, Dr. Shepard emerged from retirement and joined the Notre Dame Hospital unit in Leogane, Haiti for a 10 day rotation. His empathy for the people and their problems as well as his admiration for the contributions of time and talent from medical personnel from all over the world greatly inspired his second novel, RELIEF AID, HAITI. 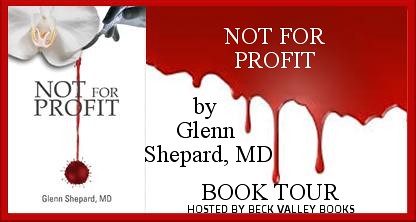 I received this book to review through Beck Valley Books Book Tours, all the opinions above are 100% my own.